A few weeks ago, I wrote a post about my teens and said I'd write about my 20's some day. I should be doing many other things: cleaning the house, dissertating, proof reading for a friend...but I'm bored, so I'll do something I enjoy doing.

My 20's have been slow going. I haven't had too much happen in them, but like I said before I had so many emotional upheavals prior to them that I'm enjoying the slowness! But they have been wonderful in so many ways.

I've spent 4 years of them at university. University is where I emerged from my shell and allowed myself to be who I truly am: a slightly crazy, very bubbly, happy (I'd never really been that before), optimistic young woman. It certainly helped that I met some pretty wonderful people along the way, who enabled me to be all I ever wanted to be. 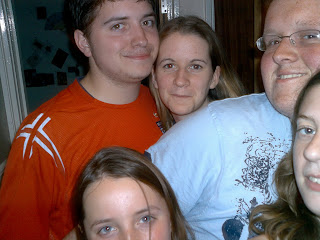 That's five people in one hula hoop, by the way. Sarah and Maria, who became like sisters to me. We'd spent countless evenings before going out rushing into each others rooms,  borrowing jewelry and makeup, singing into hairbrushes and dancing the can-can in the corridor between our rooms. Often getting ready for a night out was better than a night out. Joe, who's become my brother/child-I-never-gave-birth-to, who's one of the sweetest guys I know. And has lost over 4 stone in weight (as his adopted sister/mother, I'm incredibly proud of him). He bears the brunt of my bossiness, taking it very well, and often following my orders advice. Then there's me, with the funny expression on my face...Don't ask me why...And next to me, my first every, and hopefully last ever, boyfriend. Looking a little strained. Probably the hula hoop cutting off his circulation or something.

I experienced night clubbing and ordering alcohol from bars. I'd never done such things before, I'd never had friends living close enough for me to do that, and I never had the desire to go out in my younger days. I learnt that I can have an awesome night out, spending only £1 (for my coat to be looked after). I discovered that the best nights out start off with a hot chocolate and apple pie in the pub. The first time I did this, everyone laughed at me, them with their pints and alcopops. Until the hot chocolate with whipped cream came out. And the apple pie with the TWO scoops (I'm a rebel, me) of ice cream was eaten in front of them. Their mocking glances became envious. I discovered I don't need to get drunk to have a good time, that remembering everything the next day is pretty awesome. Since you can tell people what THEY did that night :P And I did it beside the most wonderful and amazing people in the world. Oh, I can't actually get drunk, it turns out. Because too much alcohol is too rich for my stomach. And, well...even though I'm not even particularly tipsy...It will come up. On the plus side, I've always managed to get to the bathroom in time, and been so discrete that people have been known to ask "has she actually thrown up?".

I also fell in love, but I've already written a post on that!

Then I went abroad for an exchange year. Which was both wonderful and terrifying. I went to South Africa so that I could spend time with the family I never get to see. But it also meant being away from Corey. Which is a whole other post on its own. I met some amazing people, did some pretty awesome things. For one thing, I got to stroke these: 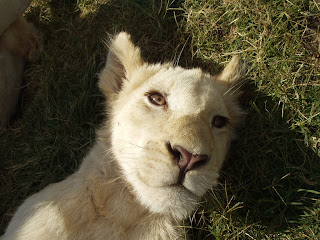 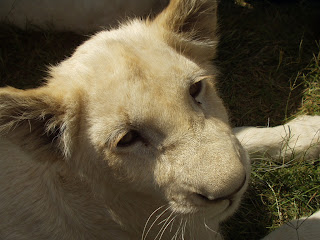 I got bit on the backside by this: 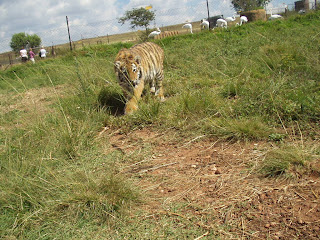 No, it wasn't painful. It was like a dog biting you. Everyone around panicked a little, but all I could think of is THIS IS GOING TO BE SUCH A COOL STORY! And hope someone took photo's of the tiger latched on. They didn't :(

And, I also got to see a sight such as this: 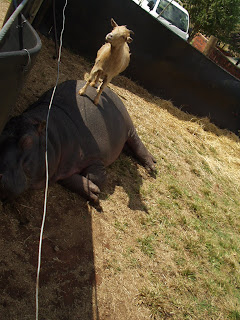 We were walking past the hippo enclosure when this little guy popped his head up. It was so funny I still laugh when I see that photo!

I may write a longer post on my year abroad...I may not...Depends on what I feel like writing later on, I guess.

I came back to England for my final year (of undergrad). Unfortunately, most of my friends had graduated, and since then they've never been quite the same. But with my new found confidence I managed to make a few more friends. I graduated, took another gap year working in a hospital as a health care assistant. It was an amazing job. So amazing that I nearly cancelled my masters course application and became a nurse. But one day, I was researching some stuff for my aunt, land law stuff, and I got this tingle of excitement as I looked at the legal documents. And I hated land law...

So, this past year I've been doing a masters. And...well...right now...I should be writing my dissertation so that I can graduate from said masters...

Hmmm...I apologise for the standard of this post...I've suddenly gone pretty tired and all my inspiration has gone away. I guess that's a sign I should go to the shops and buy the roast I'm making for Corey.

I promise to come back and edit this...some day soon.