I took a couple of days off blogging as I had the slightest of colds last week and just felt like vegging on the sofa when I came home from work. I didn't feel that ill, exactly, just a little tired. So I'll catch up today!

On Thursday Corey and I had a pyjama picnic, as prompted by Anna (I'm trying to do the prompts a day in advance so that I can blog about them the next day). He opened one of his gifts - a  new pair of pyjamas, and I got out my new pair of pj's. It was just a simple picnic. I made ham and beef rolls, had a bowl of crisps on the side, pork pies on a plate and a cheese platter for afters. The evening was spent munching on the food, sitting next to our Christmas tree, watching Chuck. We then snuggled on our (probably too small for snuggling) sofa for a few episodes before heading to bed.

During this time of buying presents, making presents, going to parties, rushing around etc it was lovely to do something together. Phones were switched off, laptops were consigned to other rooms, and it was lovely just to sit around in comfortable clothes, and eat on the floor.

Yesterday the prompt was to sort out our photo's from the year. I had a massive photo sort at the beginning of the year. I deleted old photo's I'd never print, and then did a mass printout of photo's I love. I need to do another one, and start putting things in albums, but I currently have 200 ish photo's I would like to sort first. I put a lot of them on the wall, using washi tape. Most of them proceeded to fall off, so I think I need to go with the original idea of accumulating lots of frames. Corey's not as keen as me to do this, but photo's brighten the room. Having all my favourite people and memories laid out to see makes me so happy. I sometimes worry I take too many photo's and don't live in the moment. Looking at the photo's I printed, I realise that photo's let me relive those moments time and time again. I didn't take my camera out as much as I would like to have done, and I accidentally deleted most of my pictures from Skye (I'm gutted about this). This year, however, was the first year I've taken photo's I'm really proud of. Here's a collage of a few of them: 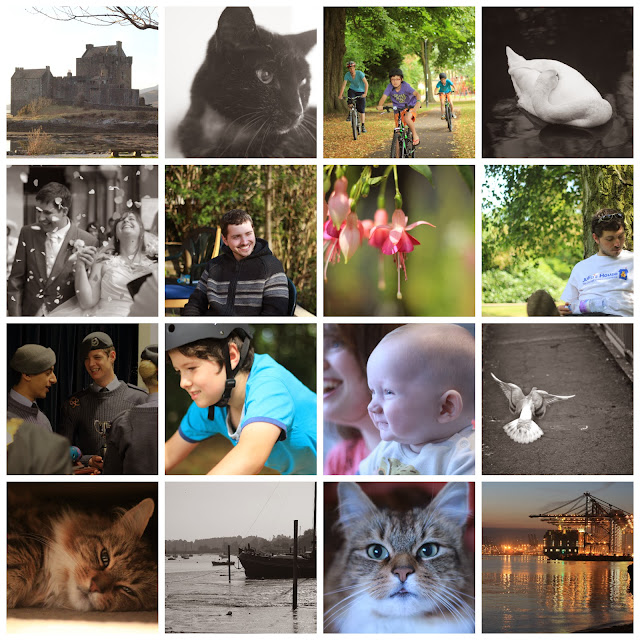 If I was going to pick my favourite picture from last year, it would be the one of the Felixtowe docks. Corey's parents took us down to eat fish and chips at sunset. I brought my tripod and spend a happy hour taking pictures, mucking about with my settings as the sun went down and the dock lights went up. 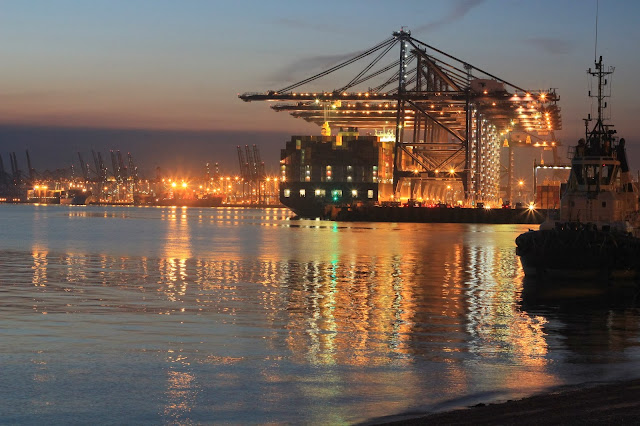 Today's Share Advent is to spruce. I was going to spruce up the flat and show you where I now live. Beyond the fact that it would have made this post even longer than it now is, my priority is to finish my crafting for my Secret Santa gifts this weekend. This means wool everywhere and no time or point in tidying and cleaning. Instead we're off for Corey's work Christmas party tonight. We are off to the Athena in Leicester tonight, for canape's, a three course meal, dancing and a survivors breakfast, as well as what looks to be quite a show. Which means this evening I shall be sprucing myself up. I've met very few of Corey's work colleagues, I'm the only partner invited and I've been told they're all rather curious as to what woman would put up with him (his words. He's lovely, but a cheeky so and so at times. Then again, so am I!). So I'm a tad nervous. If I remember, I'll get him to take a picture of me all dolled up (probably too much makeup, with slightly messy hair) and twee/instagram it...I'm also planning on taking a few pictures of the event, so I'll give you all a taste of how tonight goes!
Posted by Crysta at 09:46